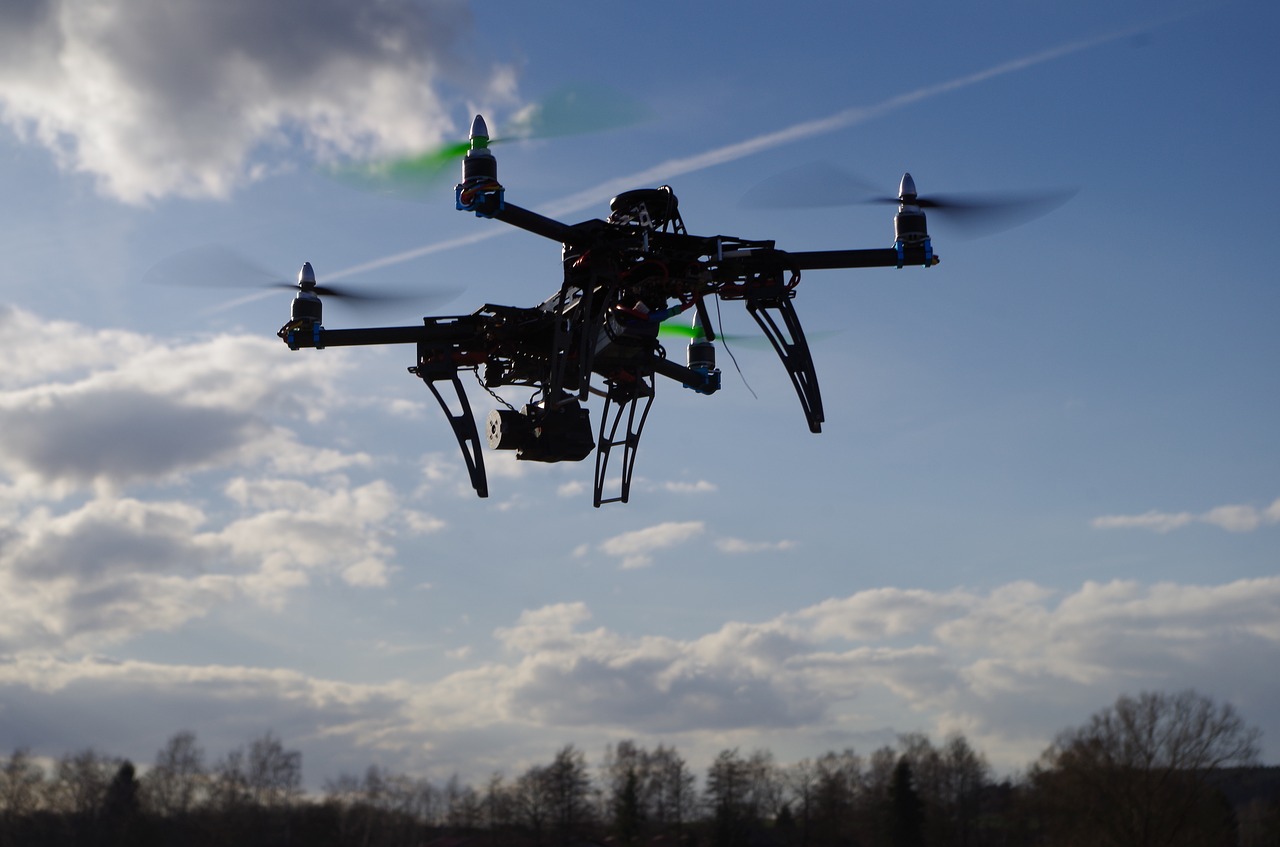 The future is here, and a few drone operators are changing the way everyone does business. In the past, aerial photography and videos were cost prohibitive because you needed a helicopter for every shot. Today times have changed, and lightweight drones are now able to capture amazing footage for a fraction of the cost. Each passing year the price and quality of drone technology continues to improve. Now many companies have released automated drone systems that are controlled by super computers and other advanced technologies.

The video production industry has always been a dynamic business. As technology continues to develop, the tools in which people capture photo and video continue to change. In the beginning the average company had to rely on heavy camera systems that captured low-quality footage. As time progressed, the cameras got smaller and the quality of the video has increased dramatically. In the year 2017 cameras can fit on the head of a pin and weigh virtually nothing. For many established firms, this means they will constantly have to upgrade their gear in order to keep up with the trends. For newbies this is a huge advantage because they are able to use the newest technologies and capture amazing videography at a fraction of the price.

When I first entered the aerial space there was no legal way to make money. the FAA had yet to provide a path for pilots to operate remote aerial vehicles on a commercial basis. Therefore, the majority of pilots flew for fun and to improve their flight skills. As of September of 2016 the FAA cleared a path for commercial drone operators to begin flying. The rules governing these pilots are capsulated by Part 107 by the Federal Aviation Administration. Essentially, anyone who would like to operate commercially has to study and pass a test from the FAA. This test is very similar to that which a pilot would have to pass to get a pilots license, but does not include the actual flight time. In fact, the Part 107 testing does not include any remote aerial vehicle flying time. Therefore, many of the pilots who are operating commercially may have book knowledge, but few know how to fly well. As time progresses, I’m assuming the FAA will add a live flying portion where perspective drone pilots will have to demonstrate their skills.

The world of video production has changed dramatically since the advent of drone technology. The low cost of launching and capturing beautiful aerial footage has opened up a whole new marketing for people looking to capture their business in a unique perspective. Currently, the FAA allows drone pilots to fly under 400 feet in most areas, while aircraft like helicopters must fly over 400 feet. This means that the only way to capture this unique perspective is to hire a certified remote pilot. Plus, many of the angles they are able to capture have never before been seen by the human eye. In the last 6-months the industry has exploded and a plethora of different industries are realizing the value of aerial video and photography. All different types of companies can benefit from these services including golf courses, real estate agents, building inspections, farms, timber companies, developers, conservationists, and more. Instead of paying high fees for helicopter services, drone pilots can deliver the same great video and photography at a fraction of the price. Plus, remote aerial vehicles are much safer to launch and operate.

What do you think the next 10-20 years have in store for the drone industry? I think this industry will explode in popularity a people realize the benefits. Already companies like Amazon have floated the idea of quadcopter delivering their products in cities and other urban areas. While the technology is already there for this to happen, the FAA has yet to clear them for this process. Many have criticized the FAA for moving slowly on the legal portion of commercial remote polite operations. I feel the Federal Aviation Administration has done the correct thing by moving slowly and carefully. The fact of the matter is, drones can be dangerous when flown by an irresponsible pilot, therefore it’s important to have rules and regulations monitoring their use. Finally, as more remote pilots come on online, I think in the next 10 years we will see the sky’s radically transformed.

If you live in Oregon like most of us and you are looking for a Portland Oregon drone video company to do any film or drone work for you, then I would contact Morrisey video production and they excel in drone photography and video work.